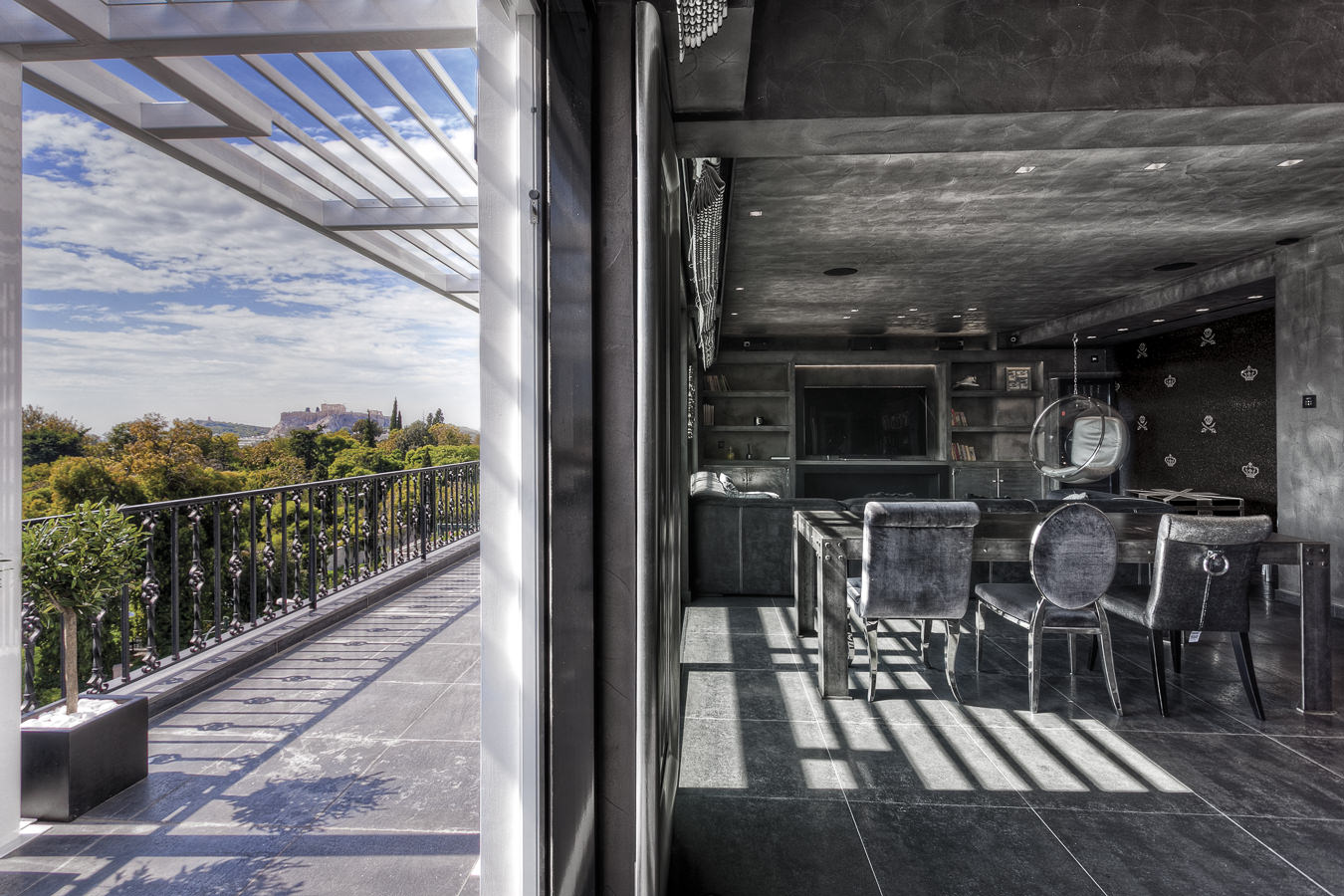 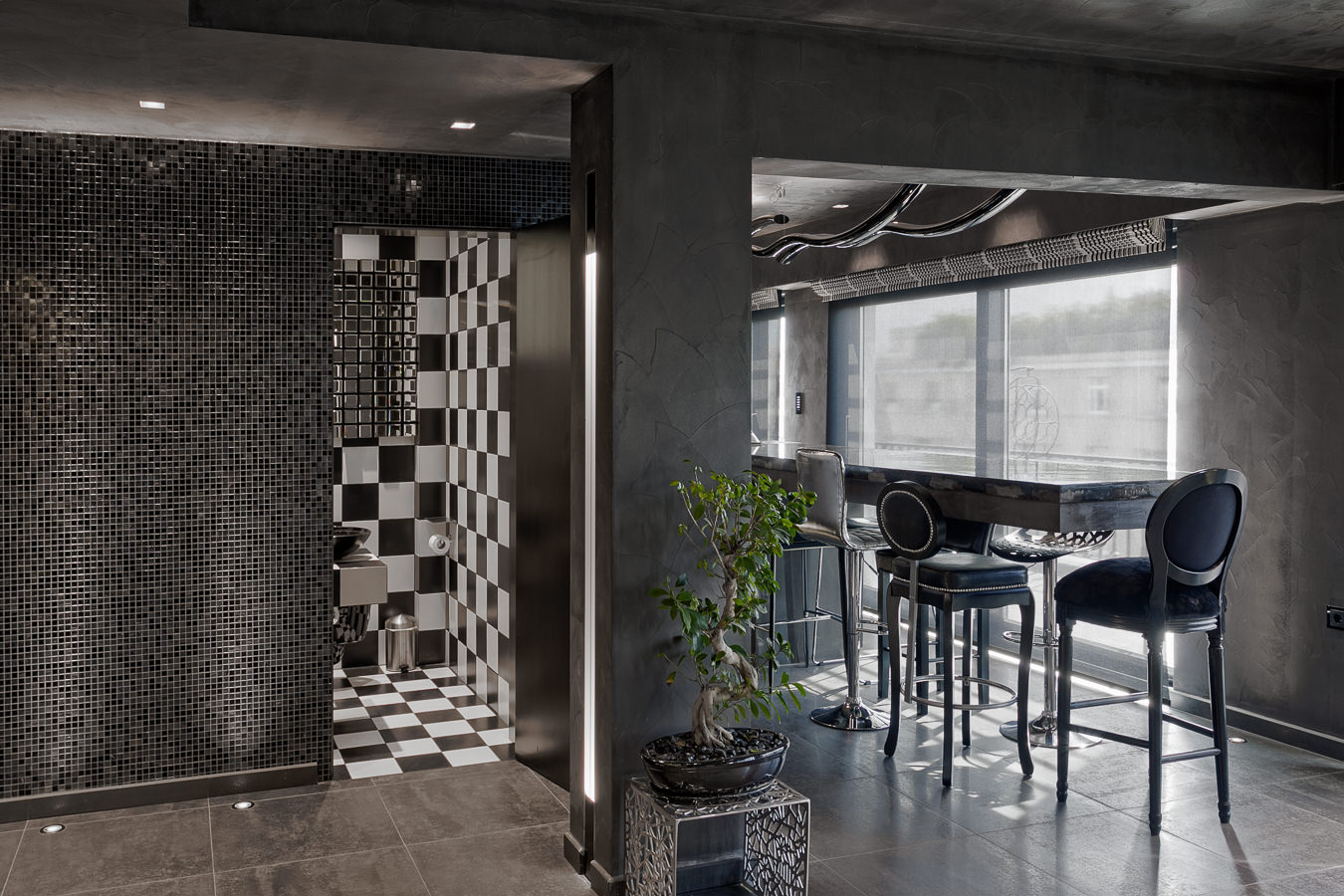 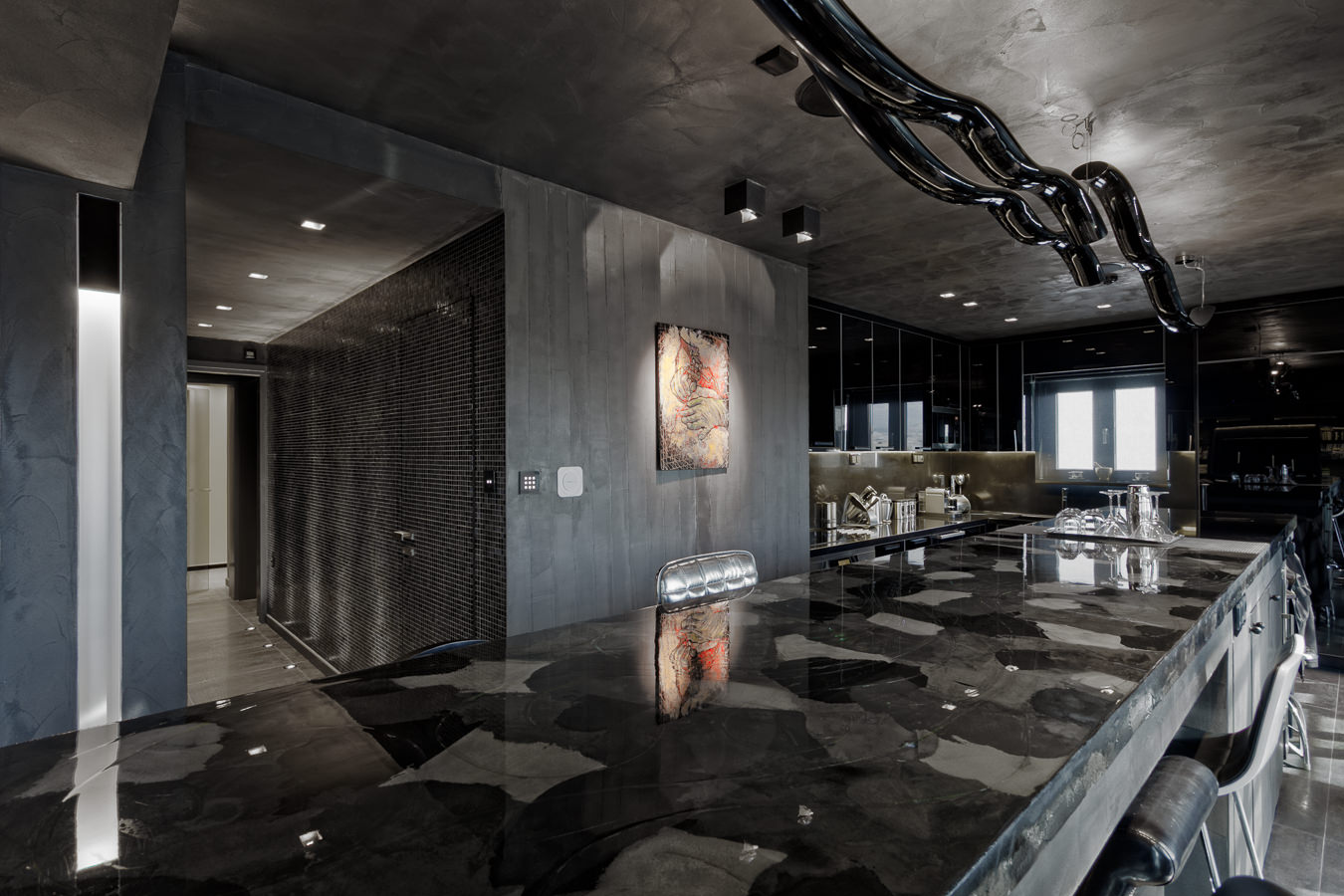 This apartment is on the top floor of a 1950s building in the centre of Athens. The element that captures the eye is the view of the imposing rock of the Acropolis and the Parthenon, Lycabettus Hill and the National Garden, which creates a living canvas of the contemporary and historical architectural face of the city. The objective of the architectural design was to revive this old apartment by creating a modern living space to fulfill the needs of the new users. Thus an independent free living space was formed in the south and main zone of the apartment, with successive windows in the facade drawing visual attention to the surrounding landscape. The other rooms are arranged along the back and are separated into a total of four bedrooms, all with en-suite bathroom 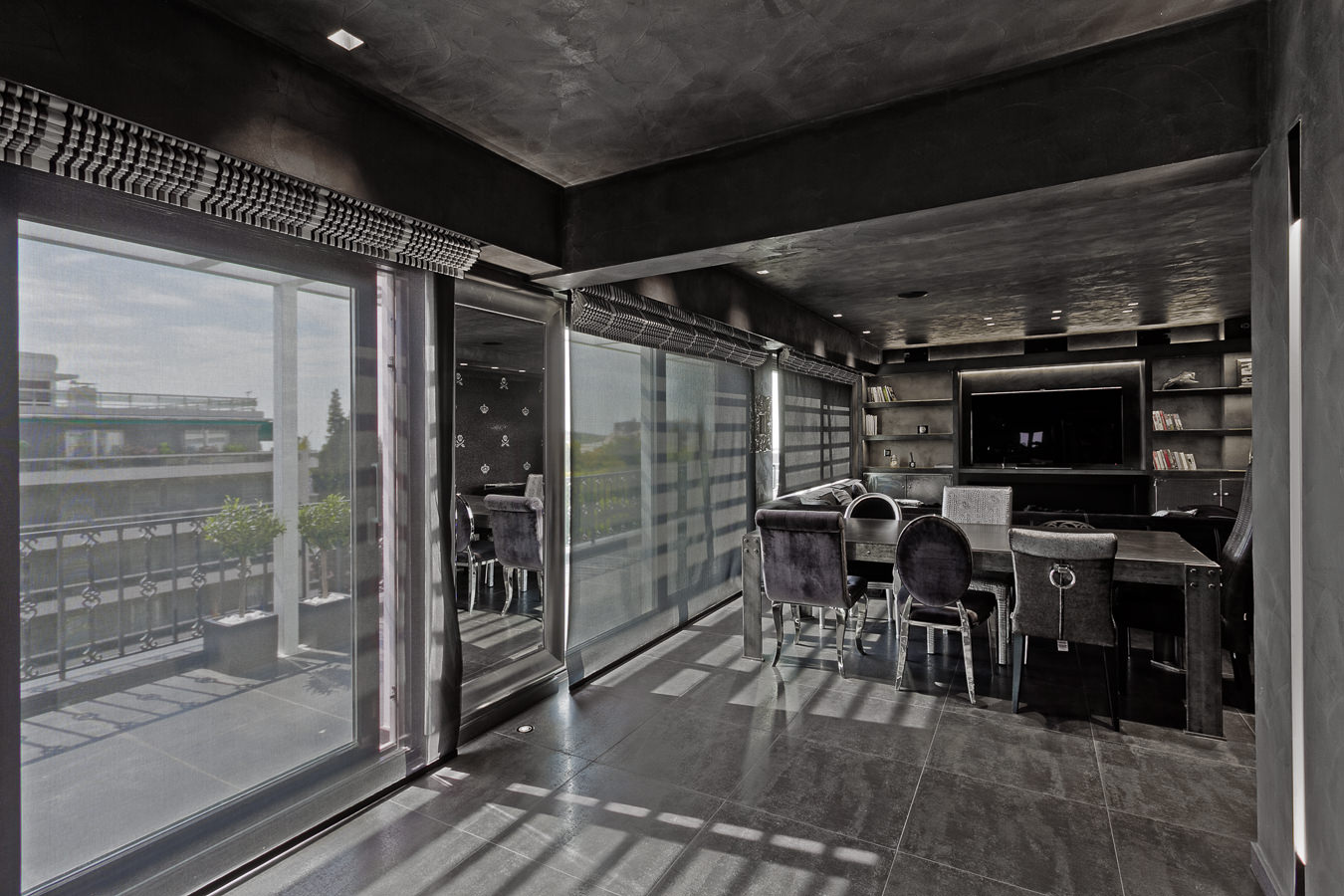 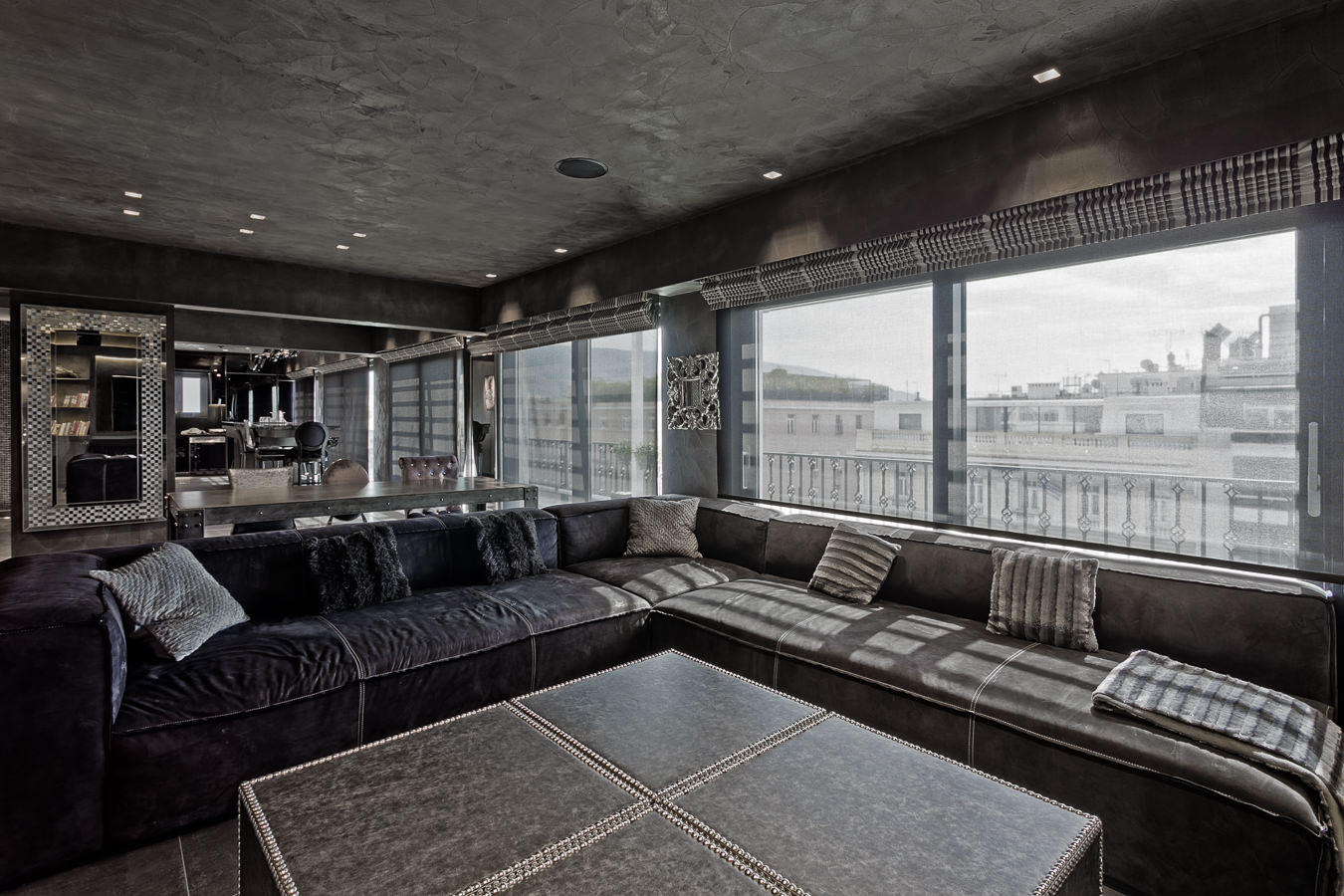 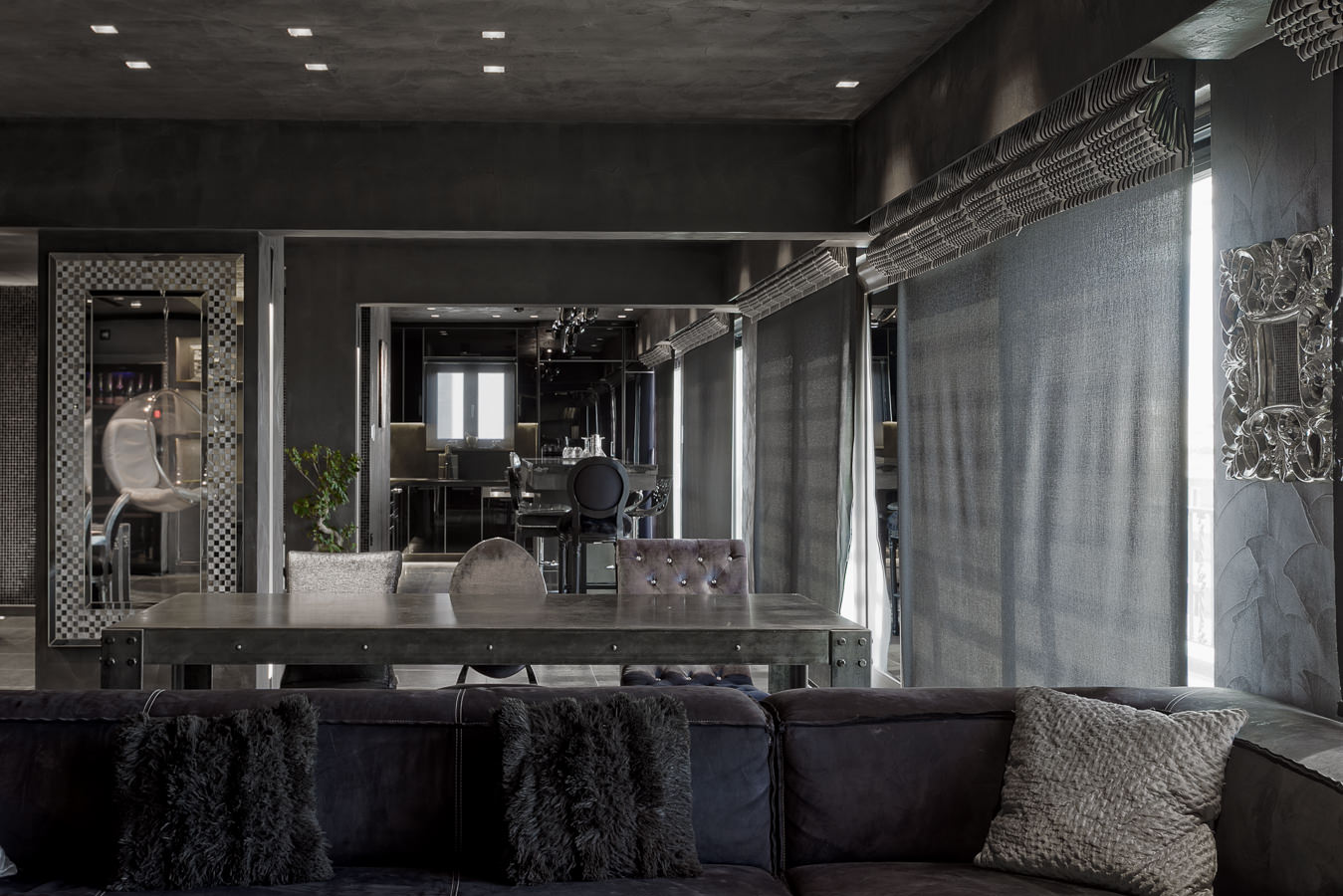 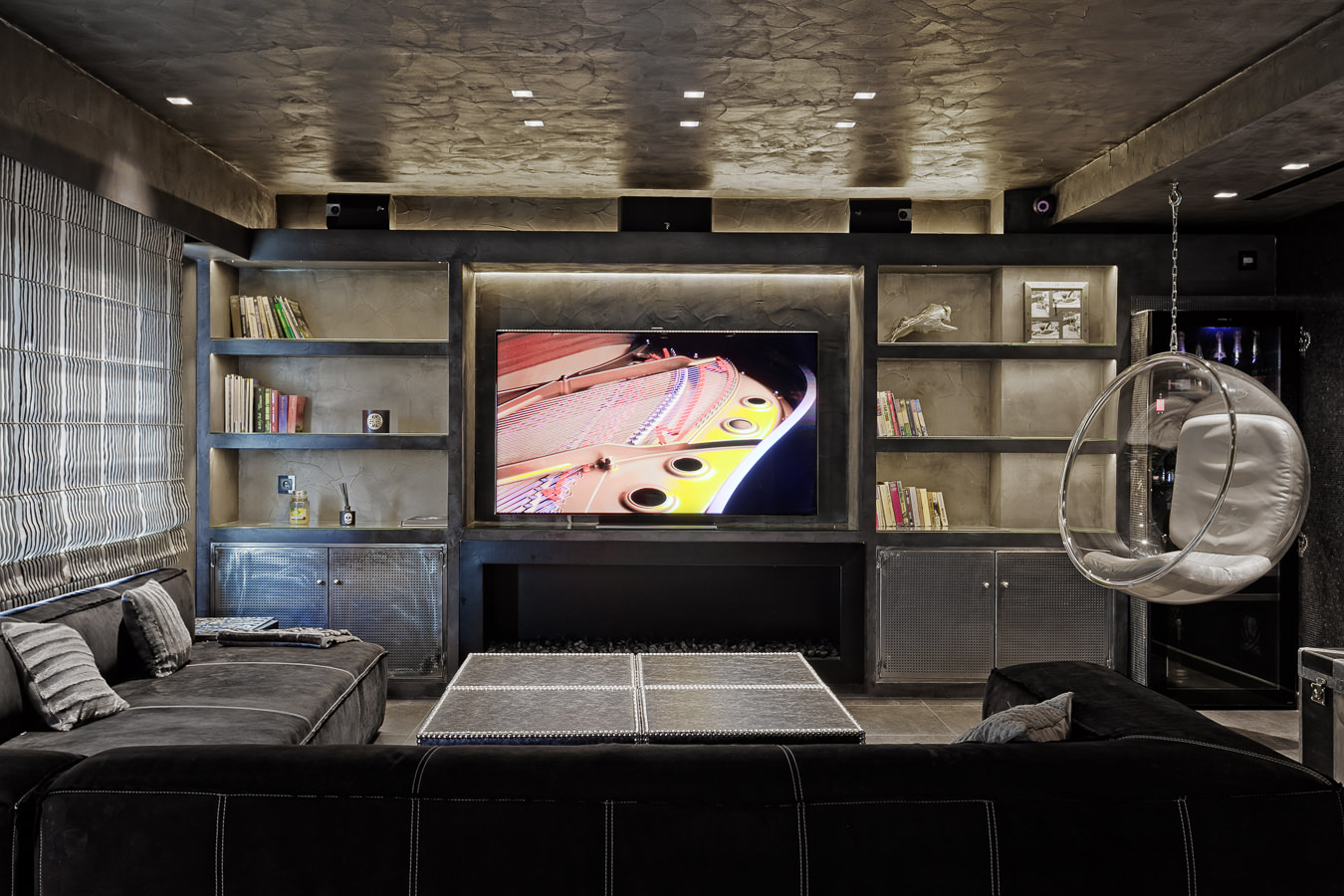 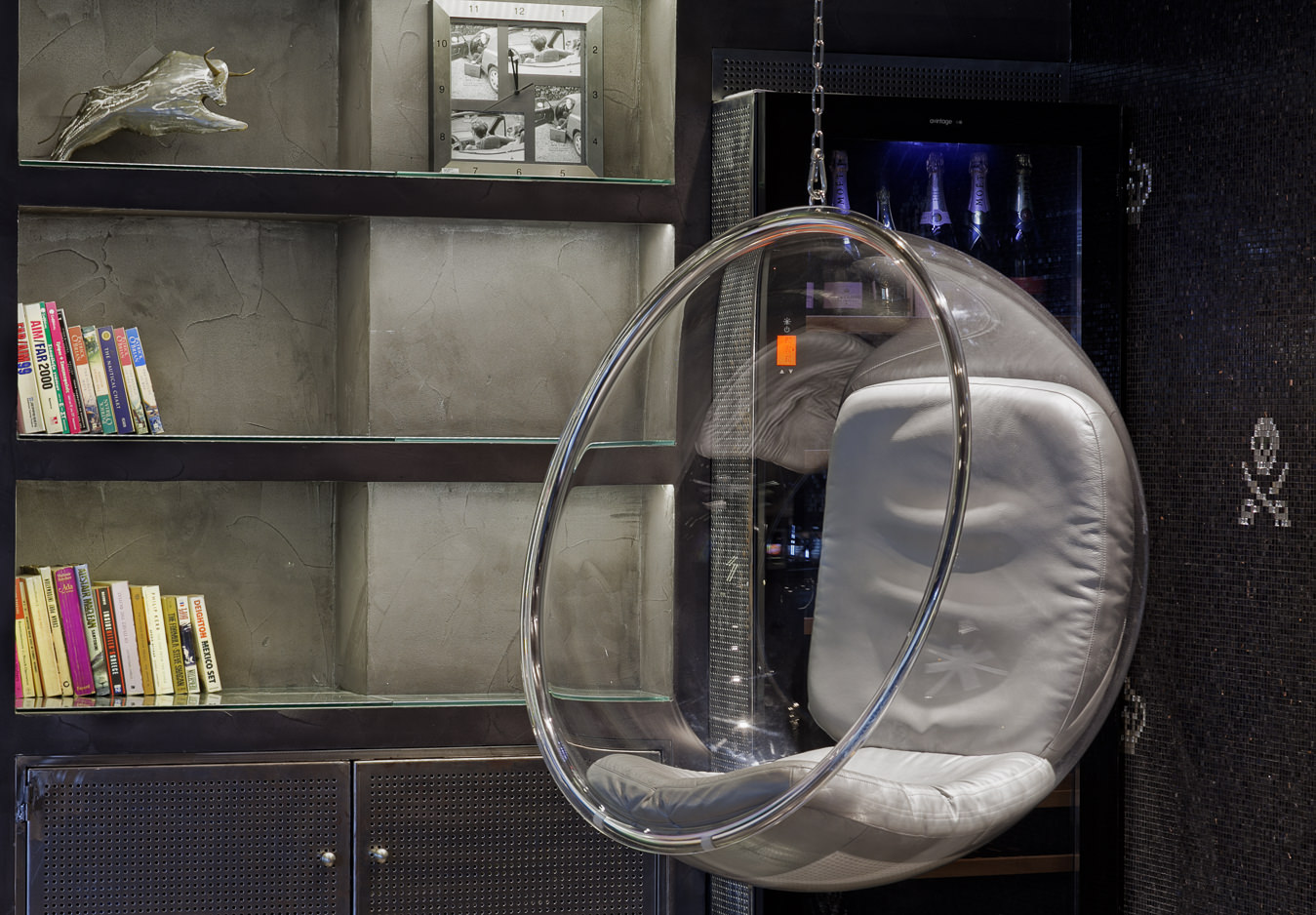 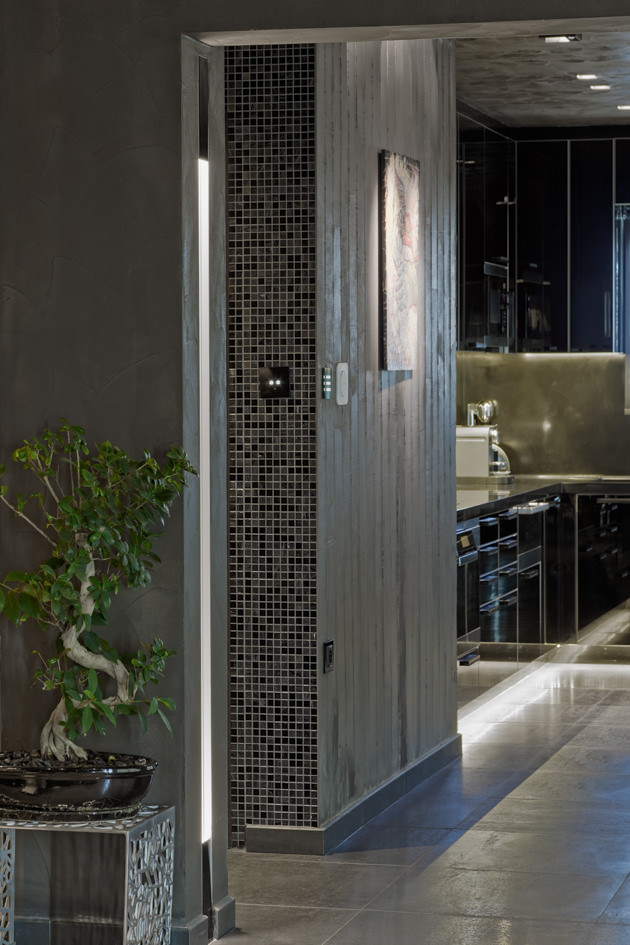 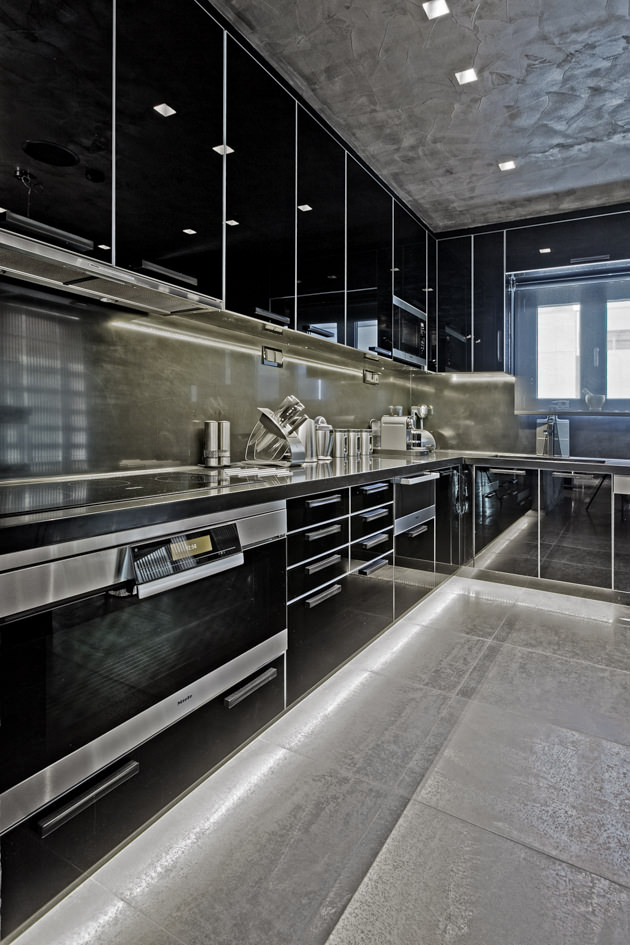 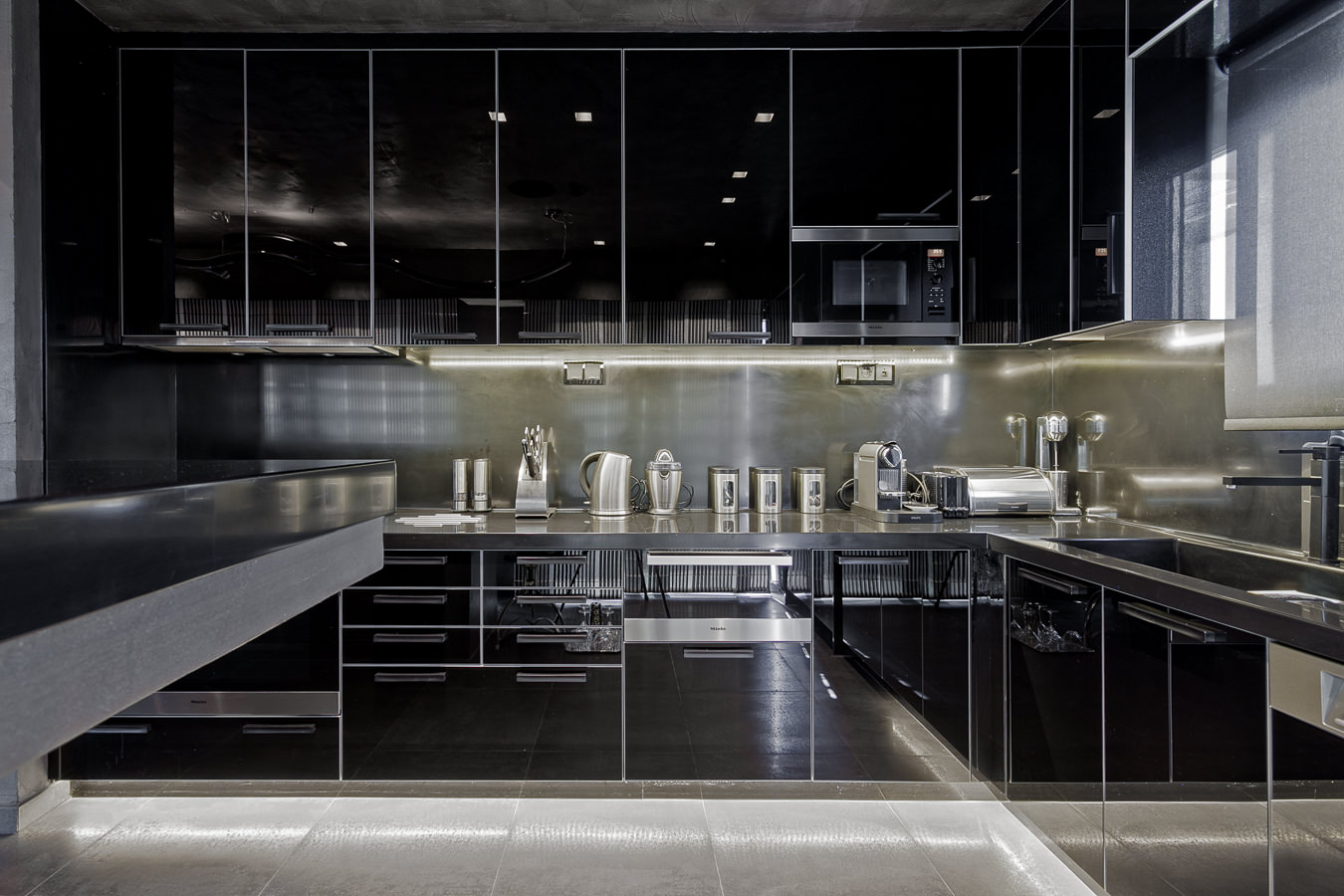 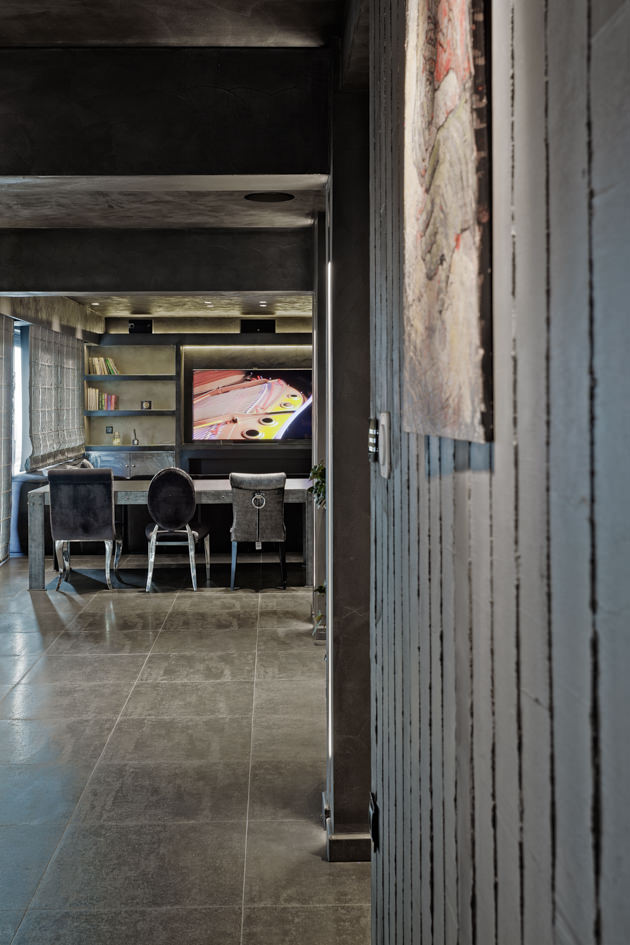 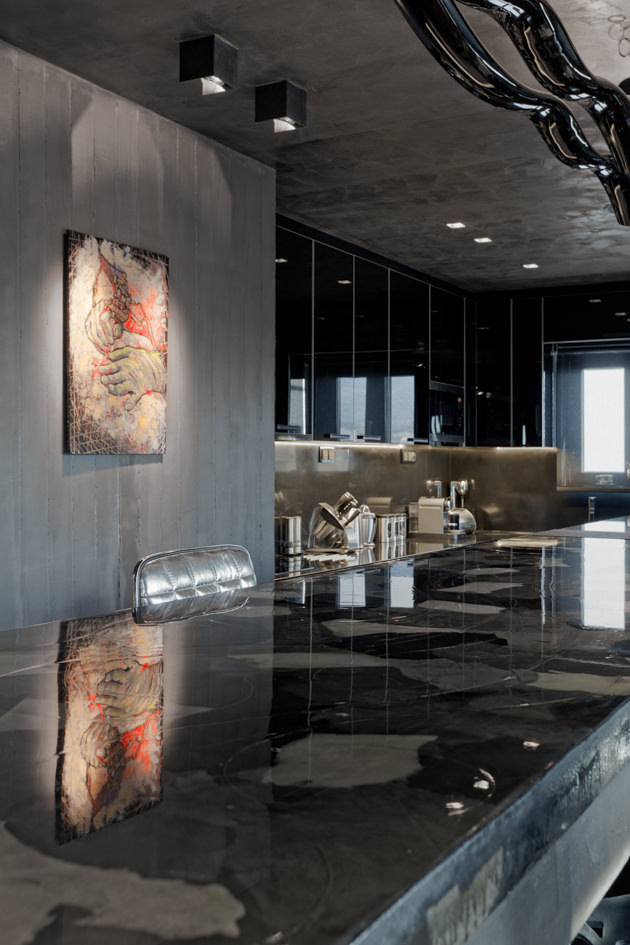 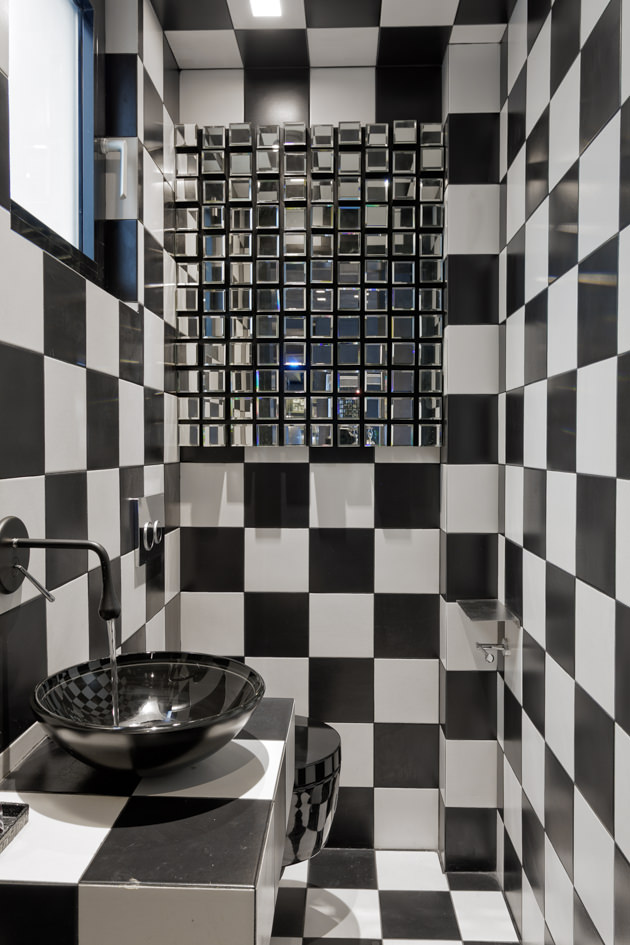 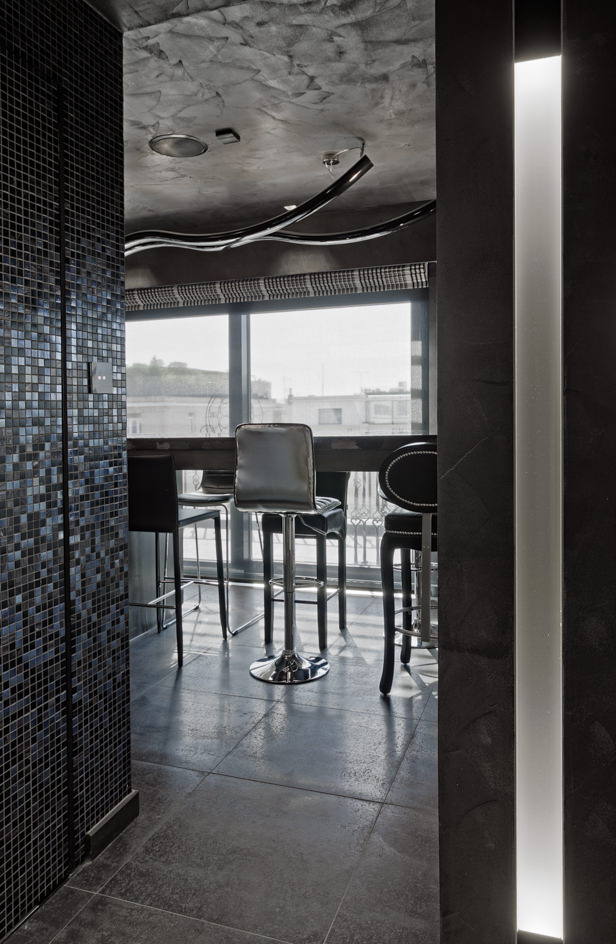 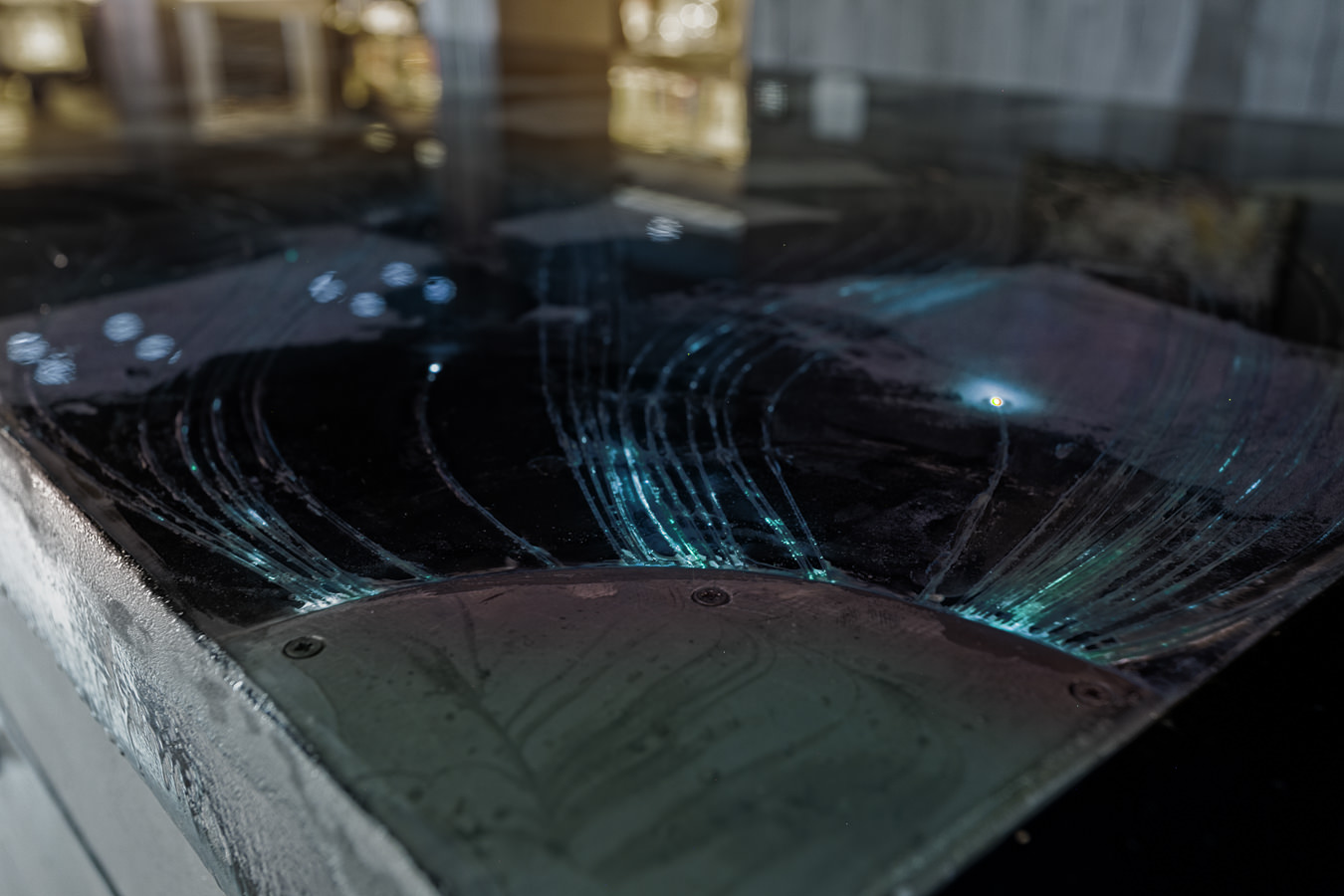 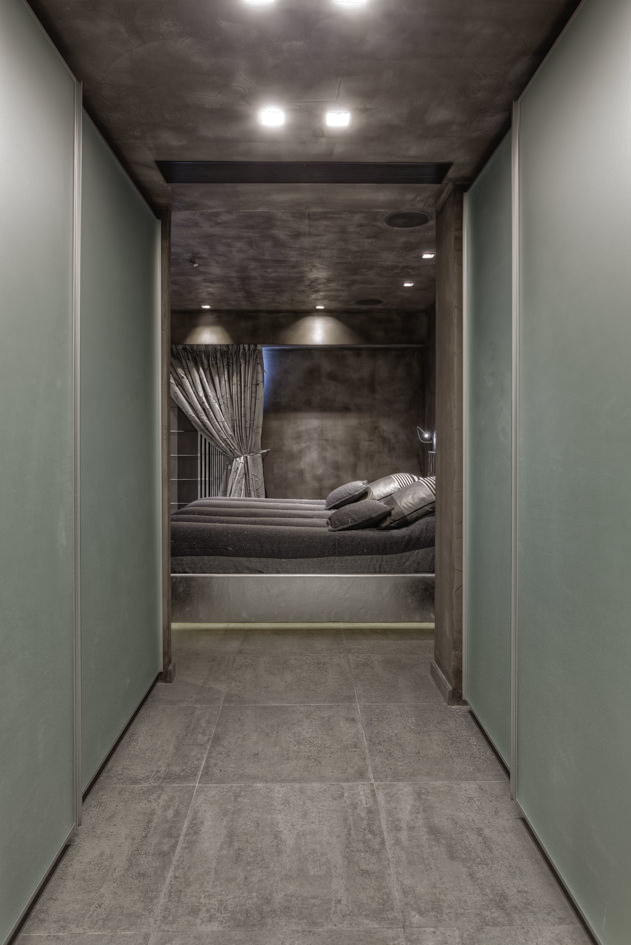 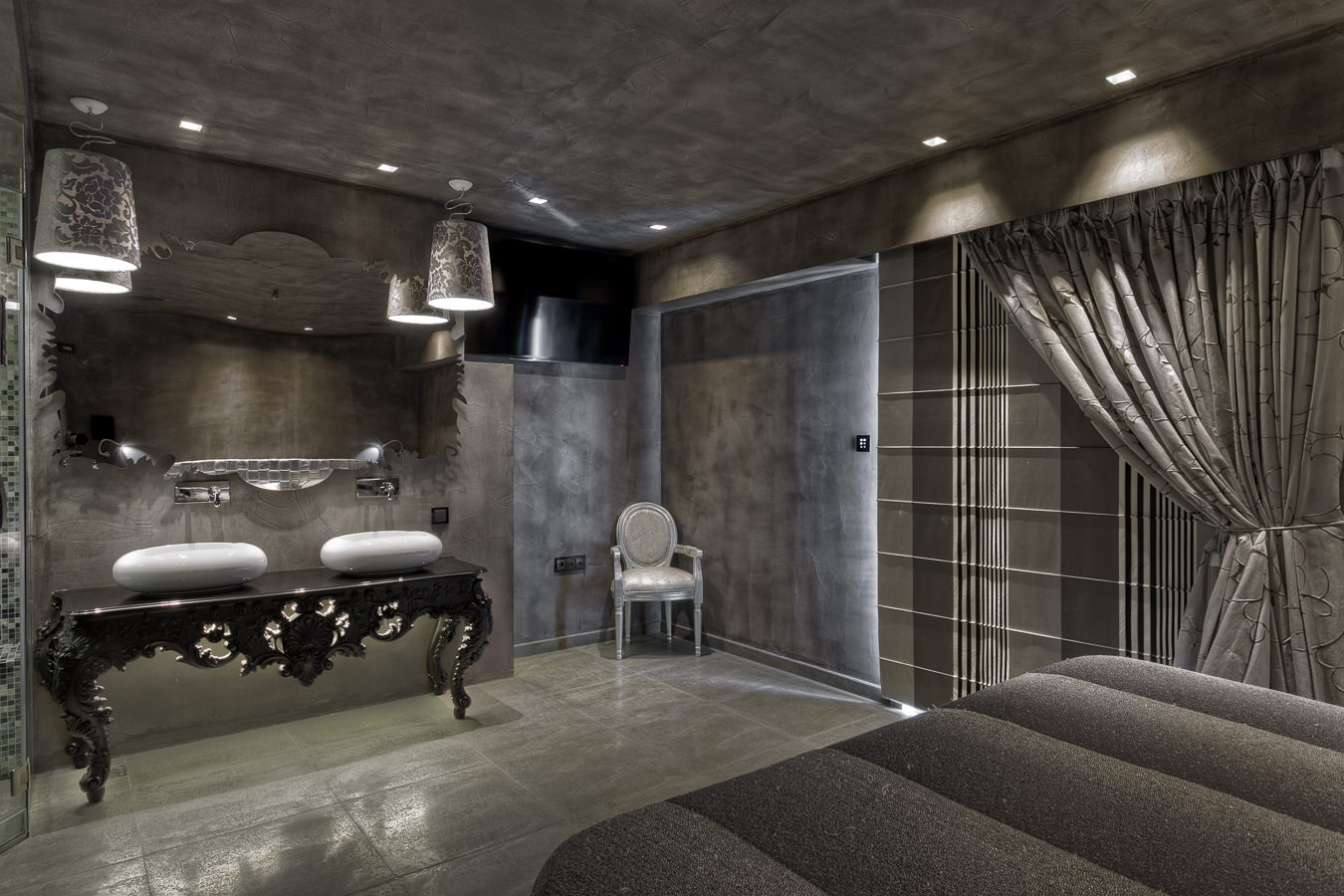 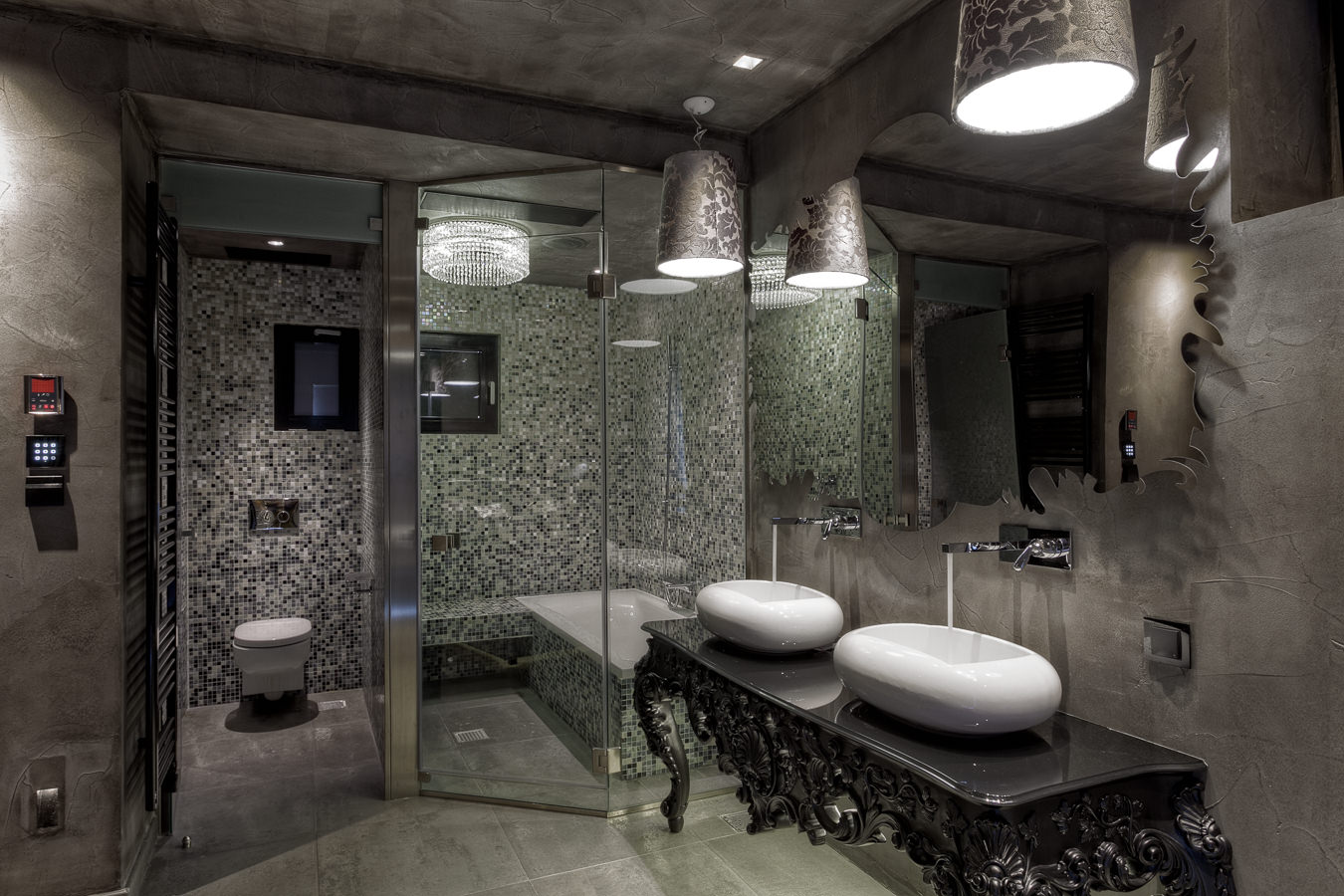 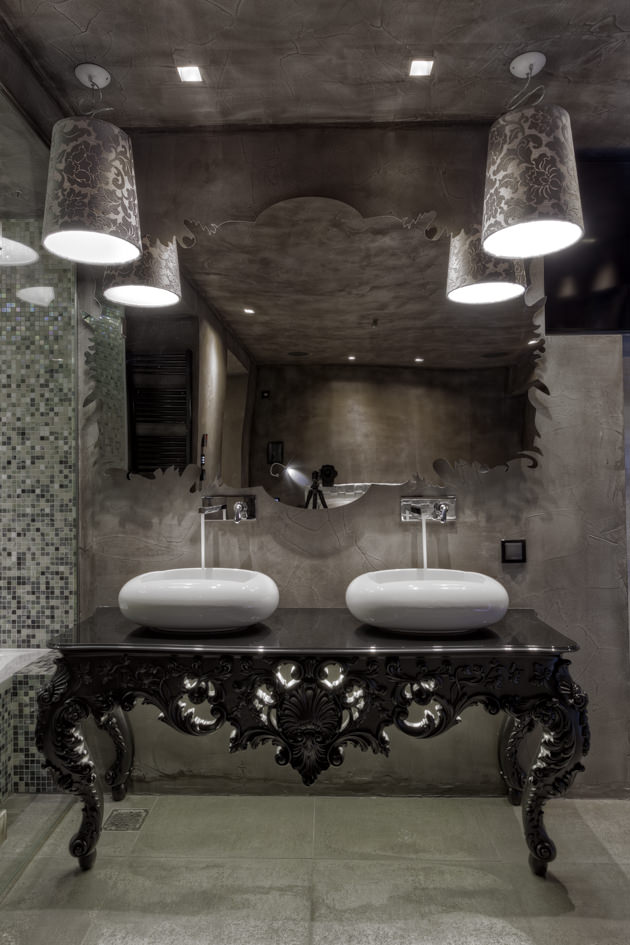 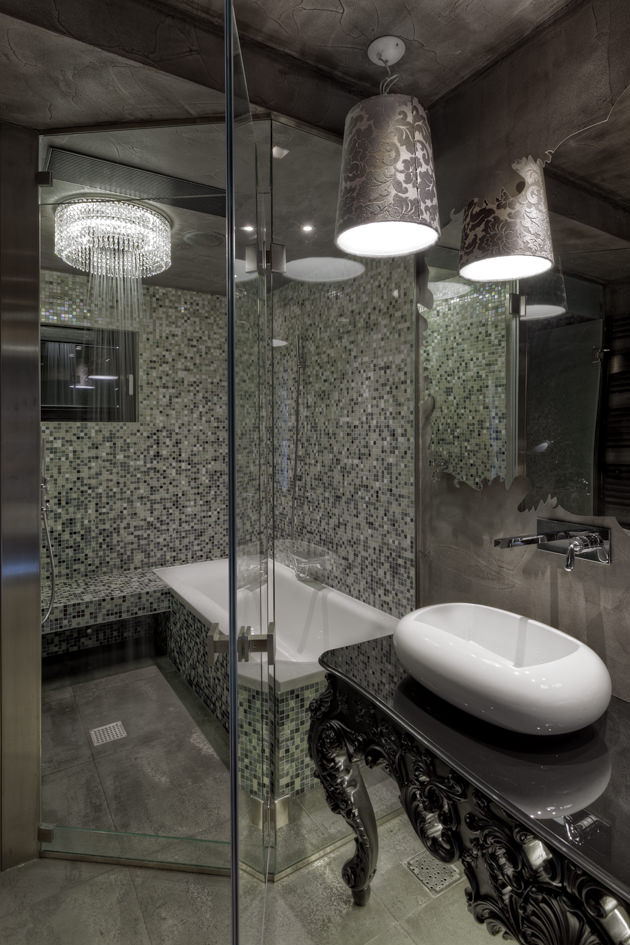 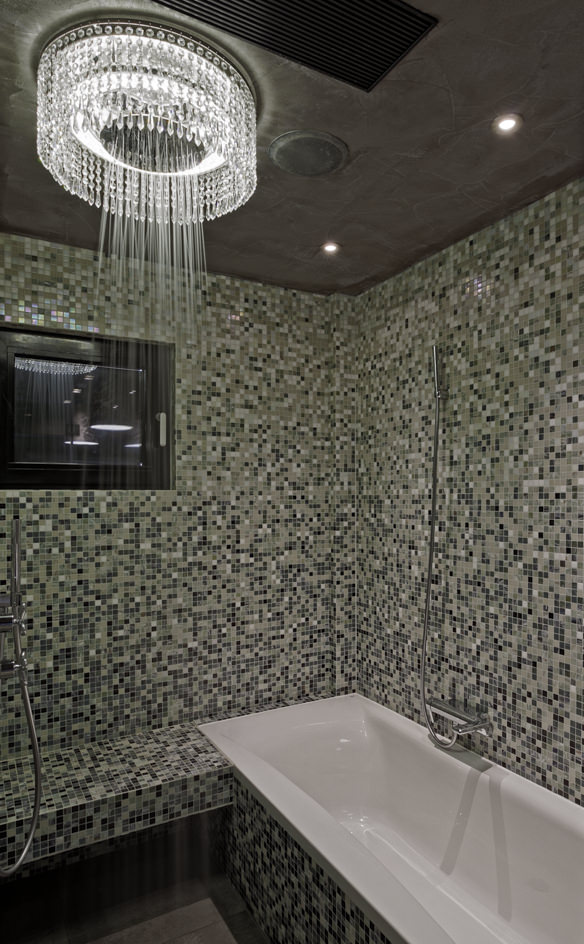 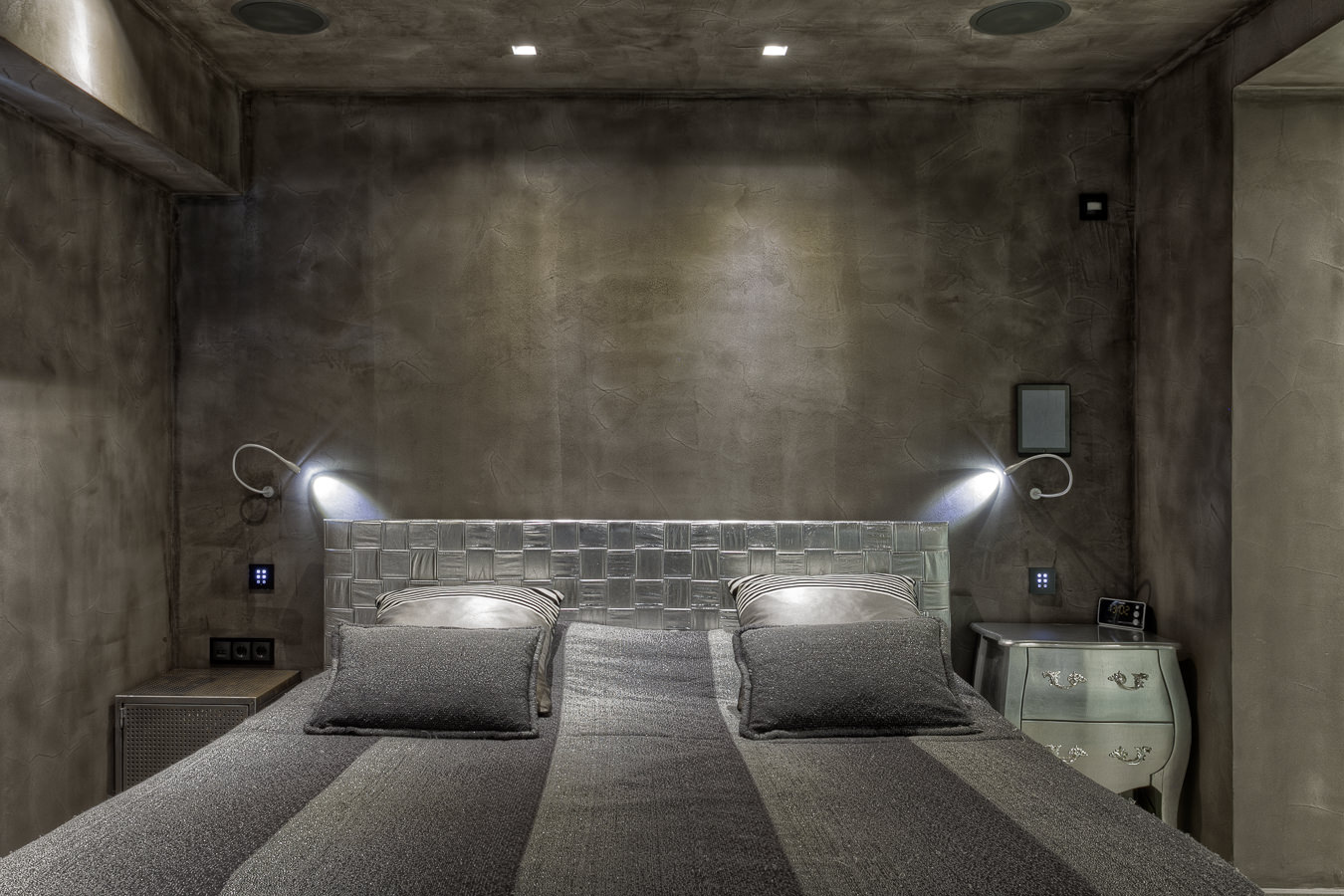 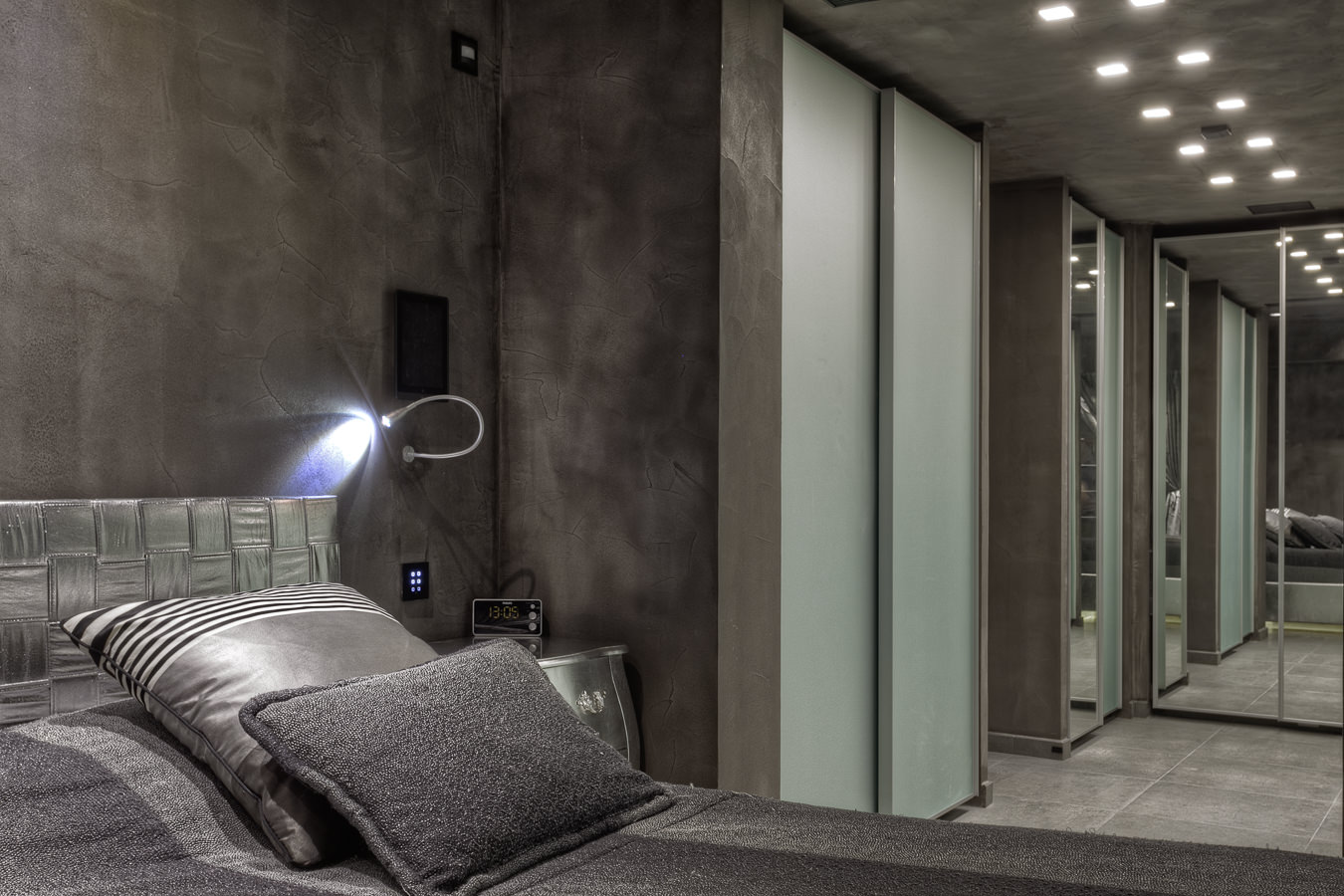 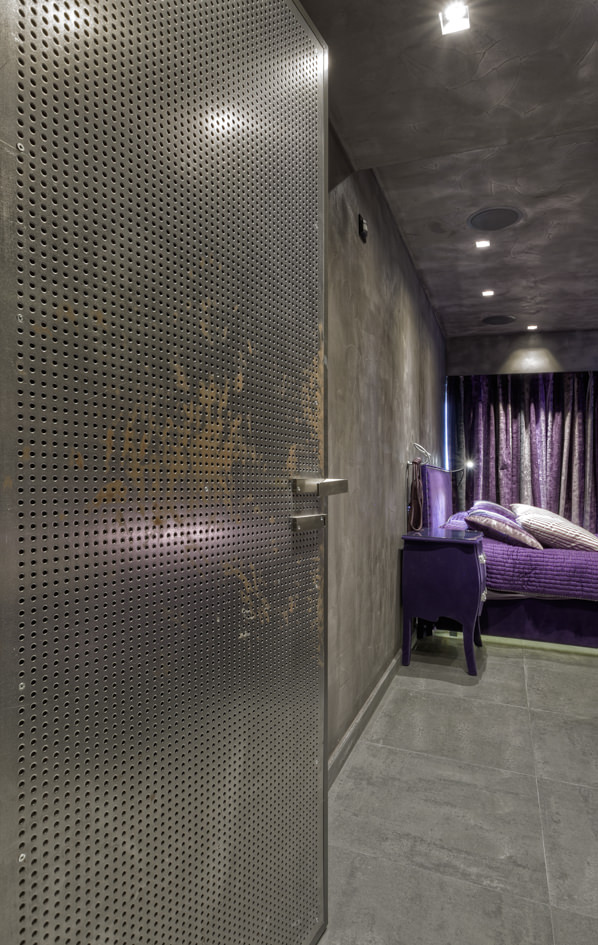